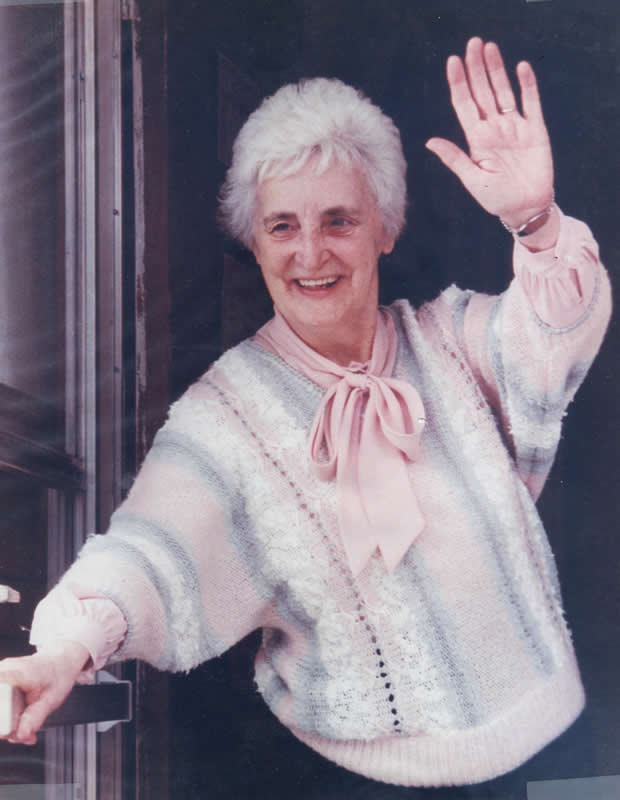 History of the Caldwell Family Centre

The story of the Caldwell Family Centre began early in the 1980’s with one determined woman, Sister Thelma Marion.  Sr. Thelma and three other sisters of the Sacred Heart congregation moved to a house on Caldwell Ave., invited by the City Councillor at the time – Ron Kolbus. They came to the area to address the most urgent needs of the community.

Soon after the Sisters moved in, a woman came to their door asking and receiving help; she needed milk for her baby.  Word spread about how the Sisters were helping the community and next a group of women came to the door.  They could not read the letter they had received from the local school principal that said that many children were not eating properly and that was affecting their school results.  Sr. Thelma put together a small discussion group that soon unearthed information about needs in the community that went well beyond nutrition.

Little by little, Sr. Thelma’s residence was transformed into a community relief centre.  With the assistance of the Roman Catholic parishes of St. Bonaventure and St. Elizabeth, the local community managed for a short time to meet the needs of residents for food and clothing.  Sr. Thelma also began morning cooking classes in the Bellevue Community Centre, using recipes that were both economical and nutritious and every participant left with a dish for the evening meal.  The classes continued for four years.

The objective was to help mothers look after their children, give them needed skills and not just to give them a handout.  They provided food, clothing and taught life skills to those in need.  This was the beginning of the Caldwell Family Centre, all operating out of the basement in the Sisters’ house.

Space in the Sisters’ house was quickly outgrown and the needs of the community were great.  After meetings with Ottawa Community Housing and the City of Ottawa, they signed a lease and in 1984 moved into an available garden home (Unit 20) in the Medford Ave. housing complex.

In the new location, with more space, a drop-in center was set up, the food bank was established in the basement and English classes were taught upstairs.  Then in 1985, the adjacent housing unit became available and more English classes were set up to accommodate the influx of new Canadians from Vietnam and Cambodia.  Language classes with child-minding for the students’ children, funded by the Federal Government were established to help adult new Canadians learn English and adapt to their new environment.  Additionally, English as a Second Language sewing classes were set up in partnership with the Catholic School Board.

After operating since the early 1980’s on an informal basis and led by Sr. Thelma, the Centre was incorporated June 7, 1986 as an Ontario not-for-profit corporation, obtained charitable status, and was “officially” opened.  Incorporation documents were drawn up, a Board of Directors was established, and staff were hired.  The City of Ottawa was approached for financial assistance and the Caldwell Family Centre opened its doors to the community.

After incorporation, with the help of a generous donor the Centre was able to build an addition onto the back of the first unit – (originally a smoking room but now the computer room).  The Caldwell Family Centre has operated out of these Ottawa Community Housing (OCH) townhouses with support from OCH and a grant from the City of Ottawa to run the Day Program since the mid-1980’s.  The rest of the programs have been funded by other grants and donations since the Centre’s establishment.

A wide range of programs have been provided to the community at various times in its history in response to the changing needs of the community.  Not all of these programs are still in operation but reflect the fact the Centre has always strived to help the community on many levels:

The history of the Caldwell Family Centre shows the Centre has played a critical role in supporting residents of Ottawa who are impacted by poverty.  It will continue to do so and will follow its Mission “to reduce the impact of poverty in Ottawa”.  The 2021–2025 Strategic Plan outlines the goals and strategies that will be followed during the next five years in collaboration with partners and in response to the needs of the community.